MEC was a well-known and much-beloved brand throughout Western Canada for decades. But when the organization looked to expand into Eastern Canada, they realized they needed a much more aggressive media strategy to build rapid brand awareness, membership sign-ups and ultimately, sales. MEC challenged us to formulate an approach that would get them noticed quickly—all while utilizing a media spend that was an estimated 80% lower than their major competitors.

Our research confirmed that television would be the highest-reaching medium for our target audience (active Canadians aged 25-44). We conducted a variety of ad recall studies to confirm that TV continues to drive the most significant share of brand and message recall. But given our relatively modest budget, how could we achieve that reach?

We needed different approach: so we leveraged the clout of the season’s top show, The Amazing Race Canada. Not only did the show reach a large portion of our key target audience, adults 25-44, it was perfectly aligned with the brand.

We developed a campaign that included MEC integration within one of the race challenges, the MEC Trifecta Race, organic integration of branded “MEC Label” gear throughout the season, a contest, custom landing page with branded content and ample television airtime. This would allow us to maximize reach and impact without blowing our budget.

The campaign was an outstanding success, delivering an exceptional performance that helped build awareness of the MEC brand. The campaign exceeded planned impressions by 107%, and over-delivered in added value by 41%, generating a total package value of $735,000. Our campaign also generated a 27% opt-in rate for the MEC e-newsletter database, which quickly became a key marketing vehicle. Member acquisition far exceeded expectations, and the campaign received positive stakeholder and member feedback throughout its run. All of which contributed to the strongest sales performance MEC had experienced to date. 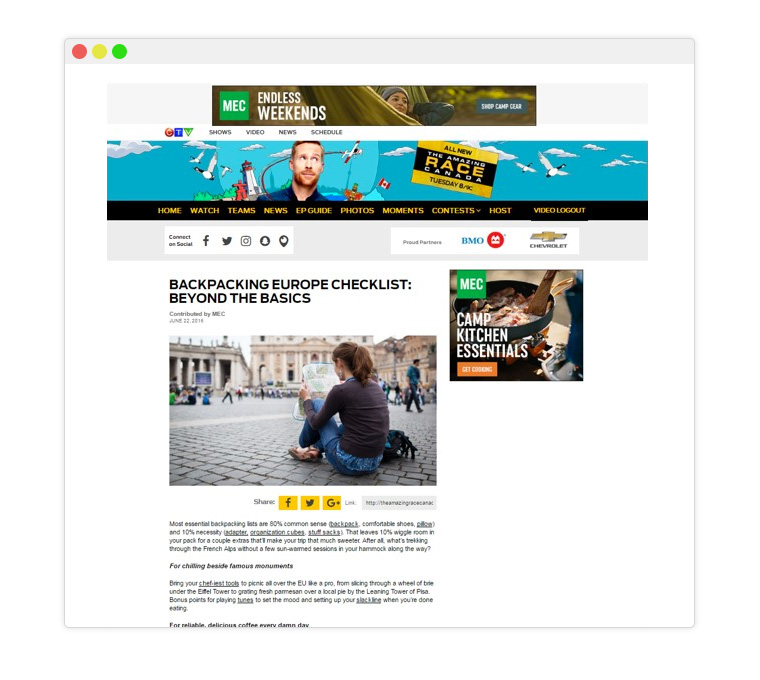 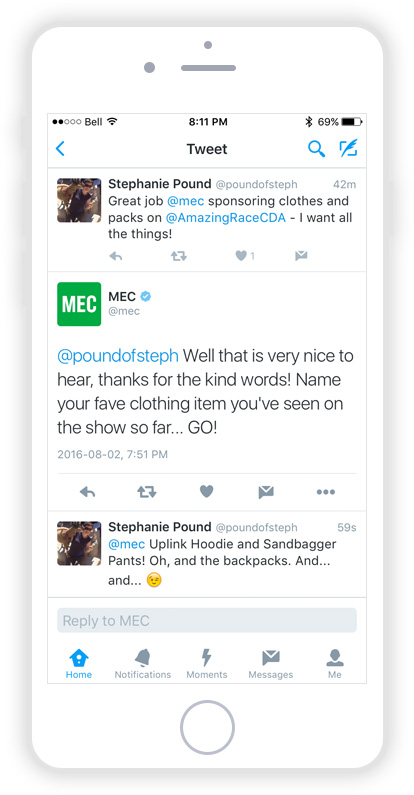