Shockingly, healthcare workers in BC have the highest rate of WorkSafeBC injury claims for violence-related injuries. What’s more, nurses have an even higher proportionate rate of injury than security and law enforcement. We needed to help the BC Nurses’ Union (BCNU) raise awareness of this important issue to build momentum for change.

With so many nurses being assaulted in their workplace, healthcare facilities were turning into crime scenes. Using this insight, we developed a hard-hitting, multimedia campaign featuring the gritty imagery and language of TV police procedurals. While bringing attention to the crisis of violence against nurses, the campaign also let nurses know what their options were.

The campaign was a remarkable and immediate success, generating a dramatic lift in awareness of the issue across BC. Post-launch, 57% of British Columbians said the campaign had changed their view of the dangers nurses face. 72% of nurses recalled the TV and 70% of young nurses (the hardest audience to engage) said they were much more aware of available support following a violent incident, increasing from 55% pre-campaign. While no one campaign can solve an issue as complex as violence against nurses, this new level of support significantly increased the BCNU’s ability to advocate for change. 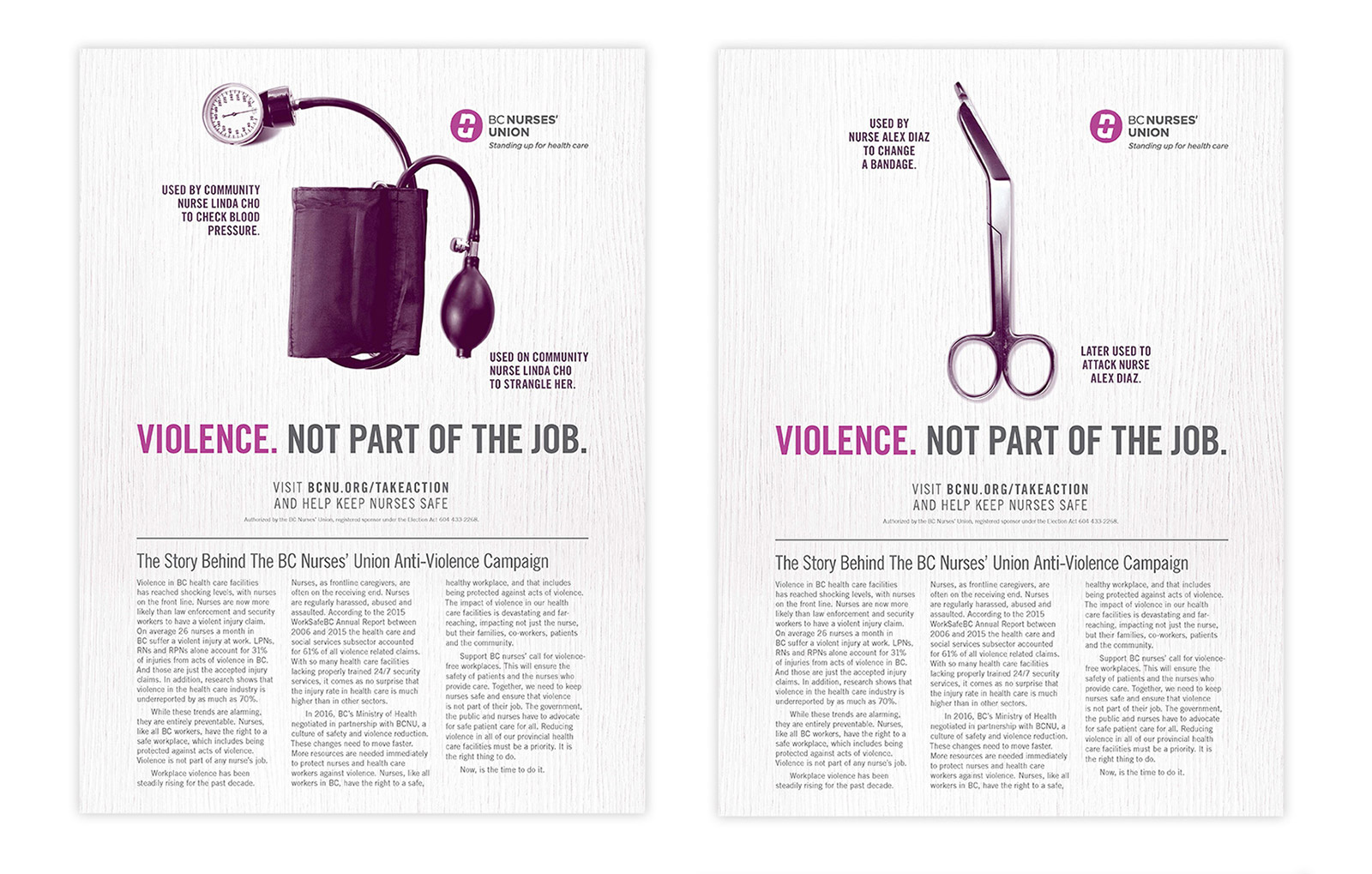 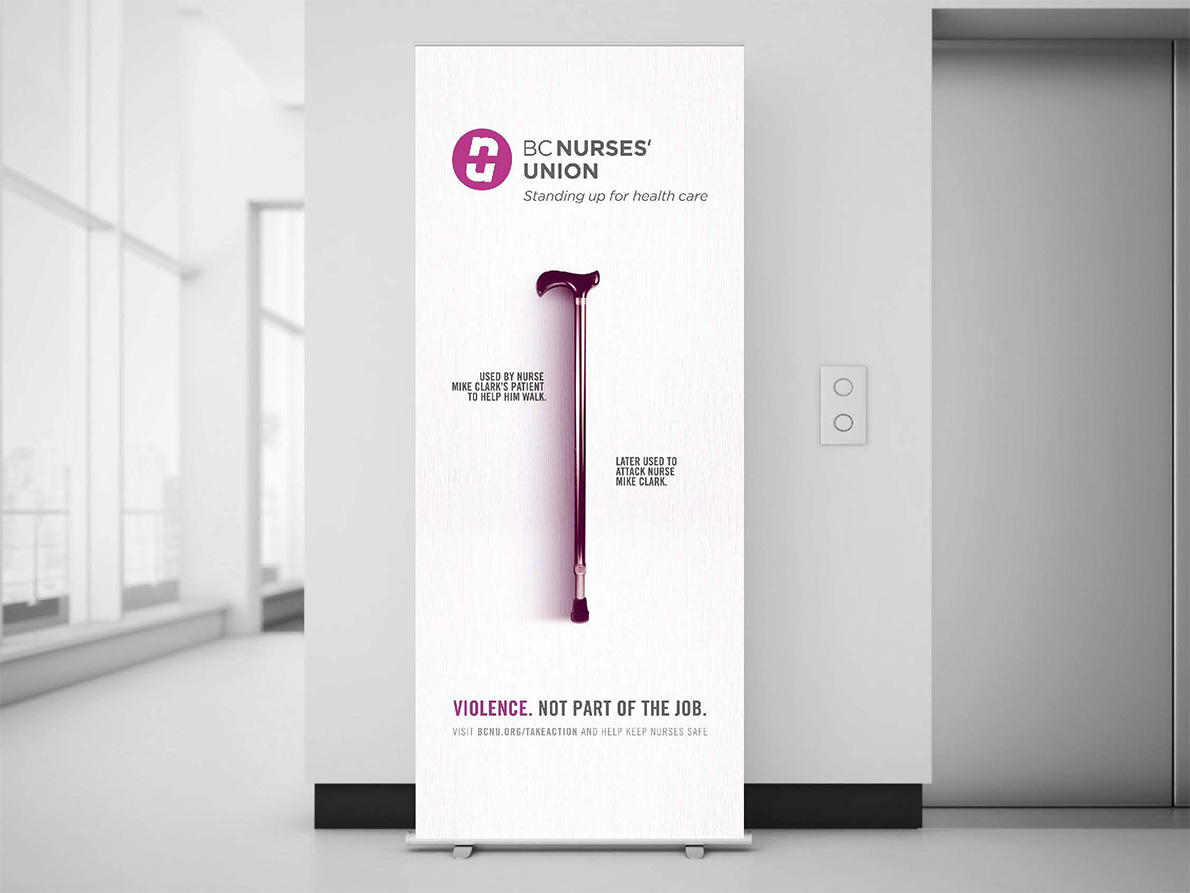 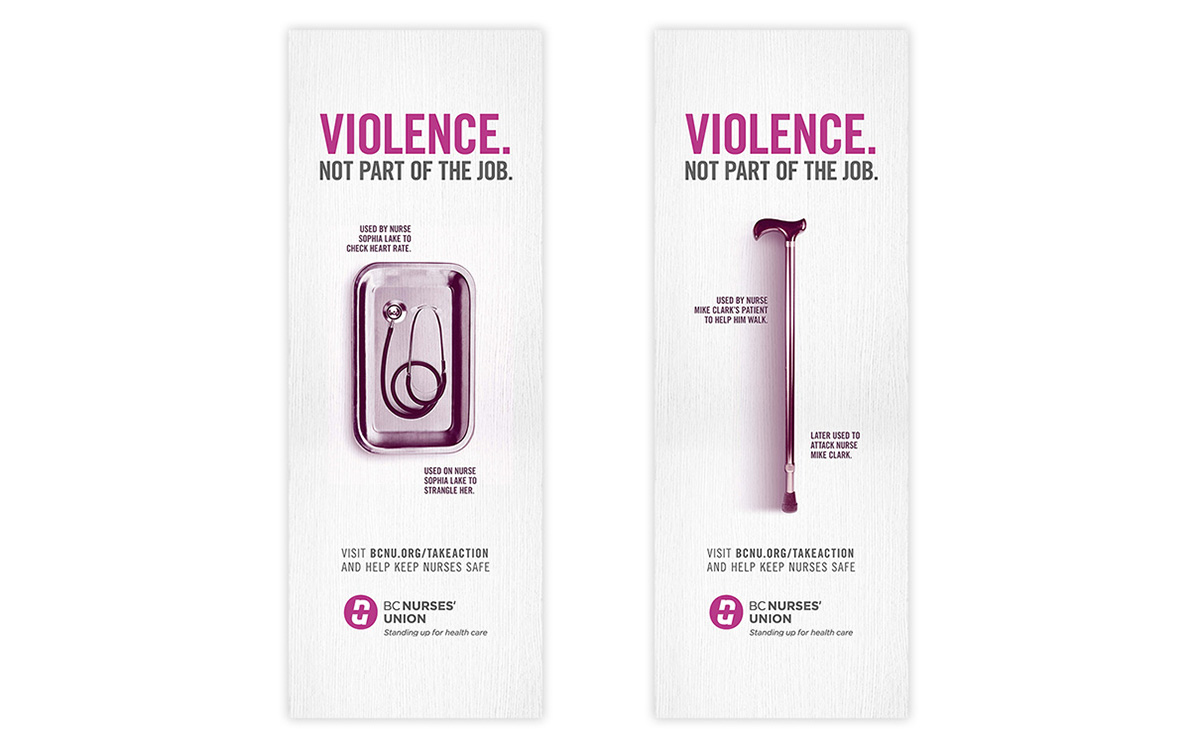 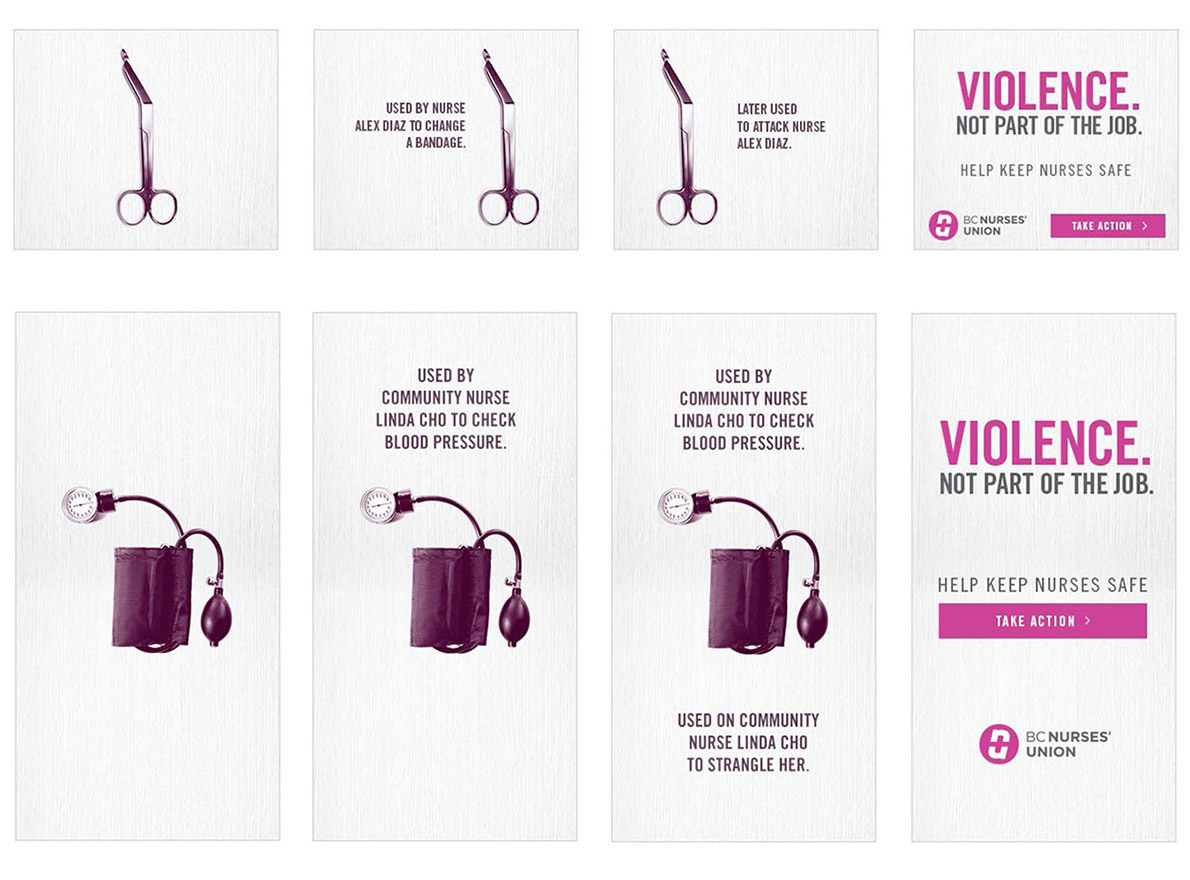